The highlights were many in Saturday’s matchup between the Raleigh Flyers and New York Empire, but two in particular stand out.

The first came from none other than Beau Kittredge, who, at 37 years old, still has the juice.

With 13 seconds left in regulation, Raleigh was up by one point with possession in the back of their own endzone. A hammer across the field hung in the air just long enough for Kittredge to sail in its path, forcing a turnover and giving Empire the chance to force overtime.

The width of an AUDL field often makes it hard for defenders to make up ground on individual matchups. To add to the difficulty, Raleigh’s offense played with extraordinary efficiency, totaling a 98 percent completion percentage and committing only nine turnovers in the entire game.

The last of those turnovers, however, proved critical.

Raleigh gained possession of the disc in double-overtime, where the first team to score wins. Bobby Ley floated a trailing backhand down the sideline, and NY’s Jeff Babbitt came up with the second defensive highlight. 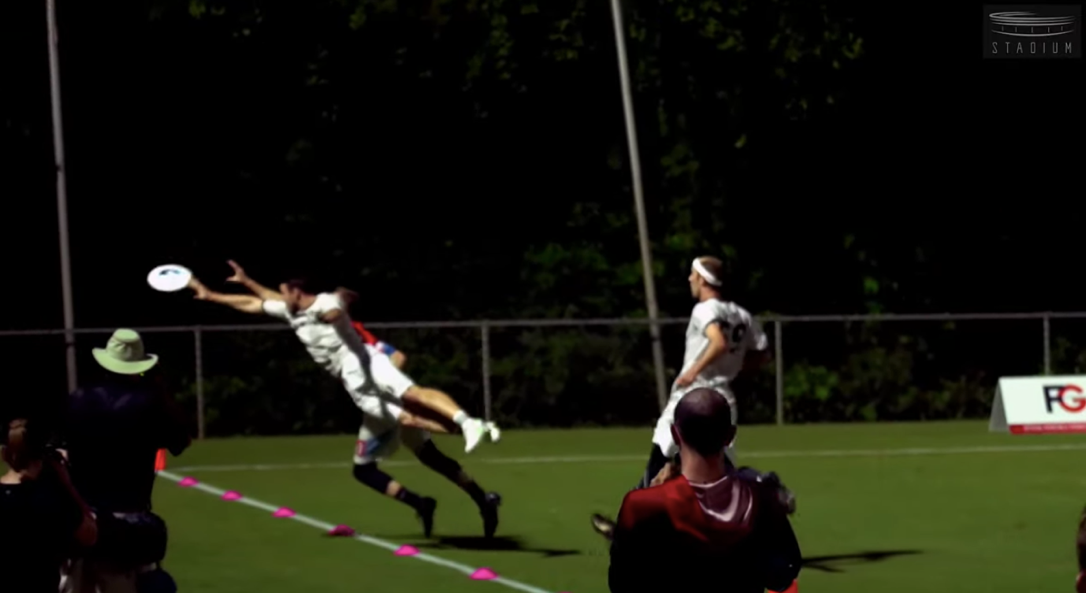 The throw was intended for Raleigh’s Jacob Fairfax, who had an incredible game with a team-high 34 points played and a +8 plus/minus. But Ley’s backhand hovered, giving Babbitt time to launch himself beyond the sideline and get a hand on the disc. Empire regained possession, and former Flyer Jack Williams punched a backhand huck to Beau Kittredge for the win.

Defense surprisingly made the difference in perhaps the most anticipated game of the regular season between two of the most athletic and high-powered offenses.

Which isn’t to say that the offenses played poorly. On the contrary, both teams played an unusually clean game by pro ultimate standards: 21 total turnovers between the two teams is a low figure, especially considering how much both teams enjoy higher-risk hucks and that the game extended into double-overtime.

Defense was the story of this game because the level of offense was so high. A hallmark of a great game is how important turnovers are to the overall result. In a sloppy game, turnovers don’t make a great difference: because there are so many, the importance of any single one is diluted. That’s why messier games primarily boast offensive highlights.

However, in a tight game like this one, turnovers make a big difference. Because turnovers are rare, blocks such as Beau’s and Babbitt’s are more valuable. Offensive possessions become tense, requiring players to step up their focus, bringing fans to the edge of their seats. These are the games when players must exercise precision as much as raw athleticism.

This is when pro ultimate is at its best: when defenders can make the difference between victory and defeat. 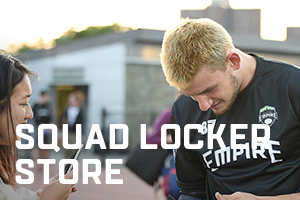