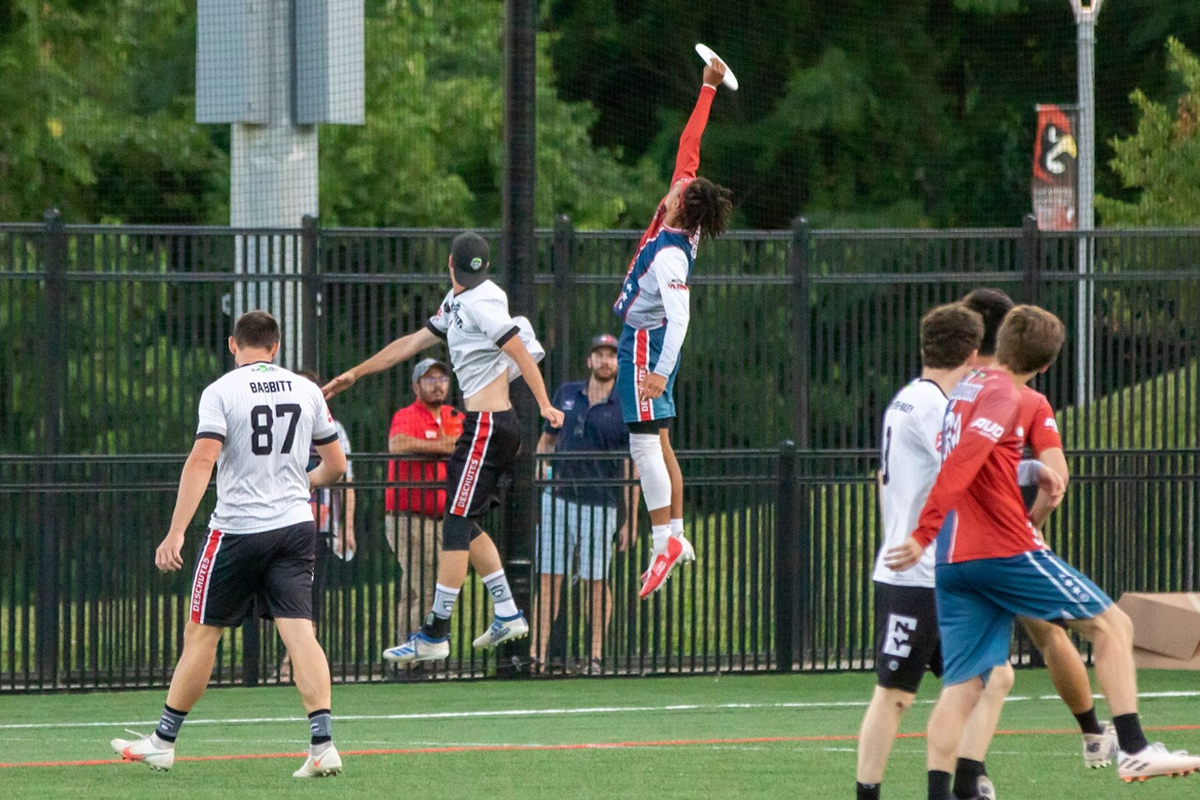 The DC Breeze today announced that the team has reached an agreement with 2021 American Ultimate Disc League (AUDL) Defensive Player of the Year and rising star, AJ Merriman. After a breakout sophomore season, in which he was also named to the All-AUDL First Team, Merriman returns to the District looking to build on his success and will remain with the team through the 2024 AUDL season.

“AJ is just such a special player and fantastic human being. We are so proud of his accomplishments, both on and off the field and look forward to the next three seasons chasing championships together,” Breeze General Manager Sean Banks said.

Throughout the 2021 season, Merriman was a stalwart on the Breeze D-line, forcing opponents into impossible situations and earning a team-high 20 blocks. In addition to his on-field performance, his high energy, work ethic, and leadership powered the Breeze to a first place regular season finish in the Atlantic Division with an historic 10-2 record and a fifth straight appearance in the playoffs.

“I’m excited to be a part of the Breeze as we go after a championship, and it’s a blessing to be able to spend the next few years of my career with the team I know and trust! #bbbbreezeboyssss,” Merriman said.

Head Coach Darryl Stanley has also been impressed by Merriman’s evolution from his rookie season in 2019.

“AJ’s growth from his exciting and versatile rookie year into the 2021 AUDL Defensive Player of the Year is understated by his Most Improved Player of the Year award. His tireless work ethic and willingness to learn complement his immense talent, and it makes him a delight to coach. I’m proud to have been a part of his growth, and I know there is yet more to come. Getting AJ signed for three years is massive as it gives us a second cornerstone player like Rowan McDonnell to build around,” Stanley said.

For the next three seasons, the Breeze will rely on Merriman to lead a young and extremely talented defensive corps, continue his reign as an elite lockdown defender, and further establish himself as one of the best players in the AUDL and the world.