Recap: Breeze Fall To Empire By One | AUDL
Skip to main content 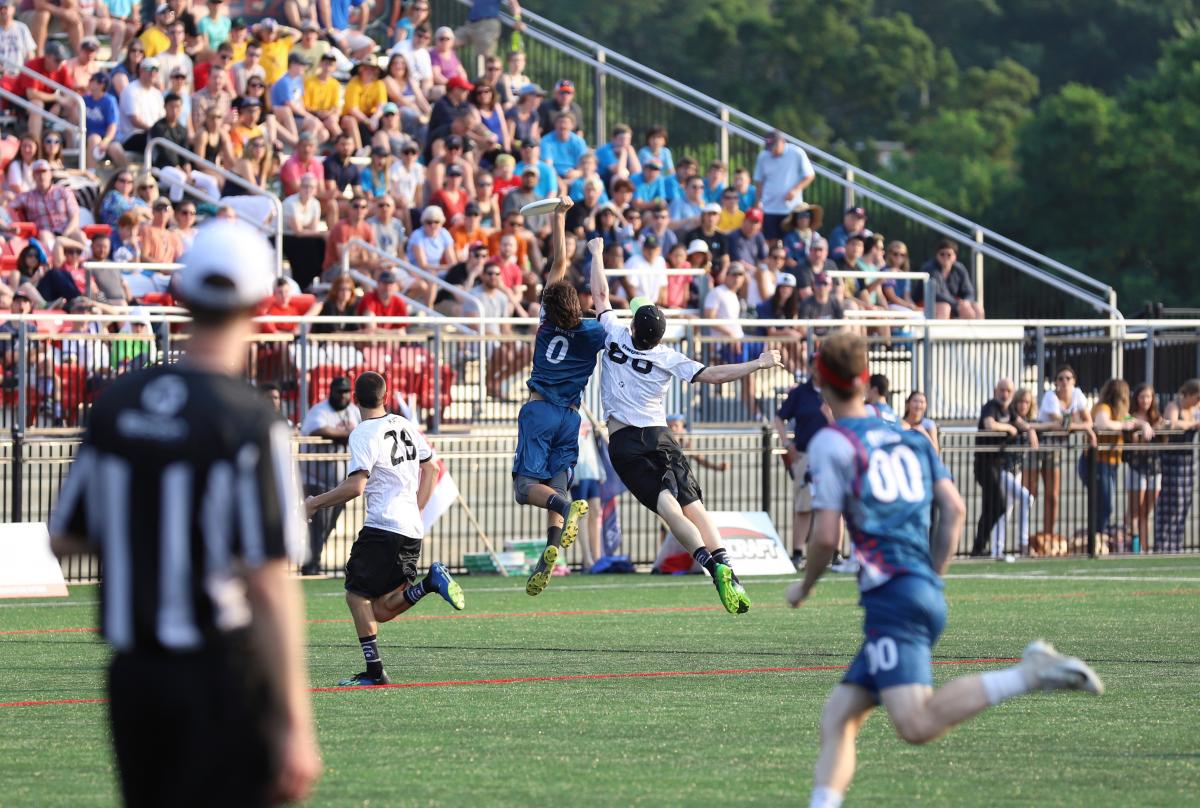 The DC Breeze gave possibly their most valiant effort yet against the undefeated New York Empire on June 1 at Carlini Field, but they wound up on the wrong side of a 20-19 result after leading by as many as six in the second half.

The Breeze (4-4) remain in third place in the AUDL East, but their even record fails to show how competitive they have been against the league’s best. Three of the four Breeze losses have been to the Empire (7-0) by a combined five points. New York’s average margin of victory is 5.75 in its other four games.

DC led for the entirety of the first half, steadily widening the lead for an an 11-7 halftime advantage. One of the biggest highlights in the game came late in the first quarter, when reigning AUDL MVP Rowan McDonnell outbid former two-time MVP Beau Kittredge in the back of the end zone to make the score 7-4. But New York’s second-half adjustments were enough to claw the Empire back into the game. After the Breeze lead was extended to 15-9, New York rattled off eight of the next 10 points to knot the game at 17 early in the fourth quarter.

The Empire inched ahead to take their first lead of the game as the final period continued. Down 20-18, Jeff Wodatch found McDonnell in the end zone to bring the Breeze back within one, but New York was able to run down the clock with a final possession that lasted more than four minutes. DC would get the disc back in the final seconds, but it wasn’t enough time to mount a serious attempt at the end zone.

McDonnell led the Breeze with four goals, while Conor Kline set the pace for New York with nine. Two young players making their Breeze debuts, Jacques Nissen and Jeremy Hess, were given a heavy workload with 20 points played each. Nissen notched four assists to tie McDonnell for the team lead. Defensively, DC’s Joe Richards led both teams with a game-high three blocks.

The AUDL will take a break from regular season action this weekend for the inaugural AUDL All-Star Game, set for Saturday night at 8pm ET in Madison, Wisconsin. McDonnell will captain one of the two teams, and he will be selecting his squad in a captains draft tonight at 8pm ET live on the AUDL’s Facebook page. The All-Star Game itself can be seen live on Stadium.