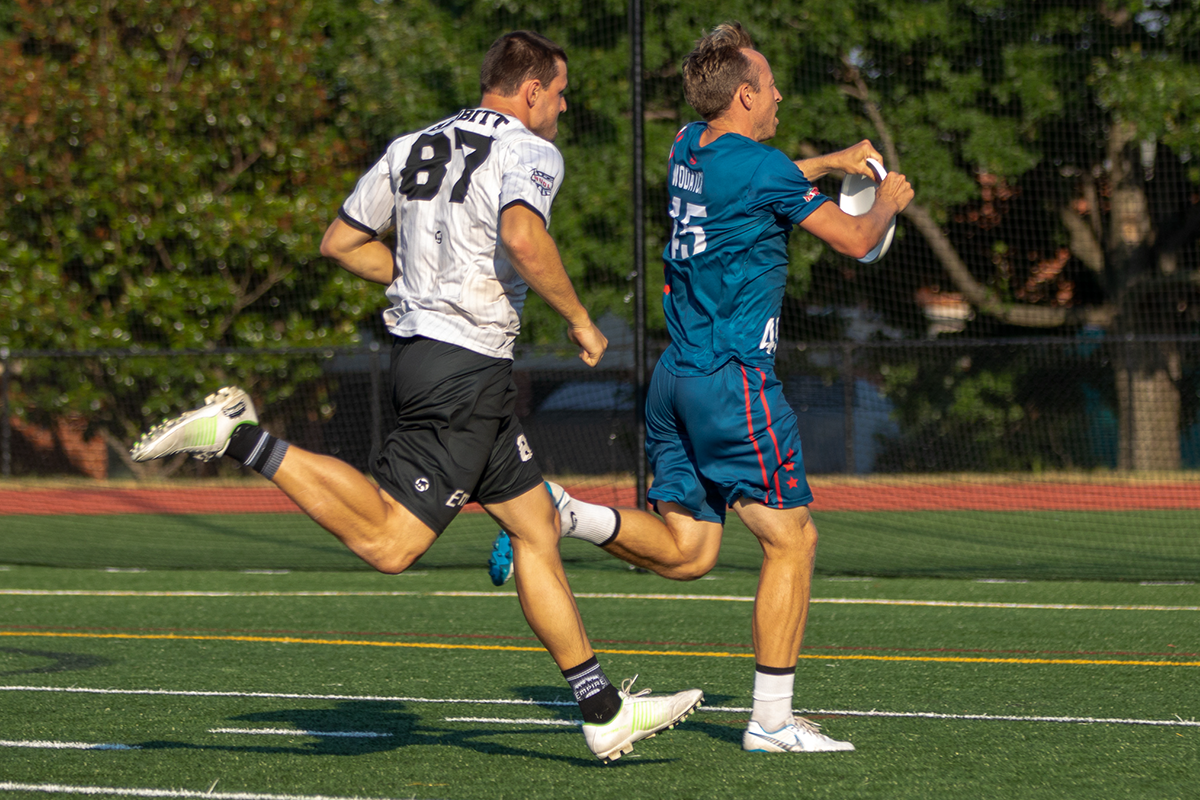 After two tight losses in New York earlier this season, the DC Breeze will take their third shot at the East Division-leading New York Empire on Saturday at 6pm at Carlini Field at Catholic University.

The Breeze (4-3) will look to solidify their hold on the division’s third and final playoff spot and keep pressure on the second-place Toronto Rush, while the Empire (6-0) will strive to maintain their perfect record in their lone visit to the District this season.

Although the Empire have yet to lose in 2019, the Breeze are responsible for their two closest games, both of which took place on New York’s home turf. DC hung tight into the fourth quarter in a 21-18 loss on April 13, and the Empire escaped with a 26-25 double overtime victory on May 11 after a blown call resulted in a Breeze turnover during the decisive final point. With the scene shifting to Carlini Field, where the Breeze have yet to lose since the new stadium opened this year, DC should feel optimistic about challenging the AUDL’s only undefeated team.

The Breeze will be led as always by reigning AUDL MVP Rowan McDonnell. Earlier this week McDonnell was announced as one of the two team captains for the inaugural AUDL All-Star Game, scheduled for June 8 in Madison, Wisconsin. McDonnell totaled 12 goals and nine assists in the first two games against the Empire this season, and his 35 total goals on the season are the most in the AUDL.

Another key cog in the Breeze offense is handler Nathan Prior, the AUDL completions leader in so far this season with 376. Prior has also racked up 19 assists for the Breeze, five of which have gone to McDonnell. Unfortunately Prior is unavailable for this weekend’s game, and his consistency will be dearly missed on the offensive line.

As one would expect given their spotless record, the Empire boast a deep and talented roster including four selections for the upcoming All-Star Game. Cutter Ben Jagt is the team’s top offensive threat with 27 goals, 22 assists and a +41 plus-minus rating. Jeff Babbitt leads the way defensively with 10 Ds, but he also has 14 goals and a +24 plus-minus despite playing mostly D points. Hybrid Ben Katz and the legendary Beau Kittredge are the team’s other two All-Stars.

The Breeze roster for this weekend also features two new players set to make their AUDL debuts. Jacques Nissen, a standout senior from Woodrow Wilson High School in the District who just turned 18 this month to become eligible, and Jeremy Hess, who plays under Breeze coach Darryl Stanley at the University of Maryland, will look to add some depth to the D.C. contingent.

First pull at Carlini Field is set for 6pm on Saturday and will be streamed live on AUDL.tv. Tickets can be purchased at the gate or on the Breeze website before midnight Friday night.