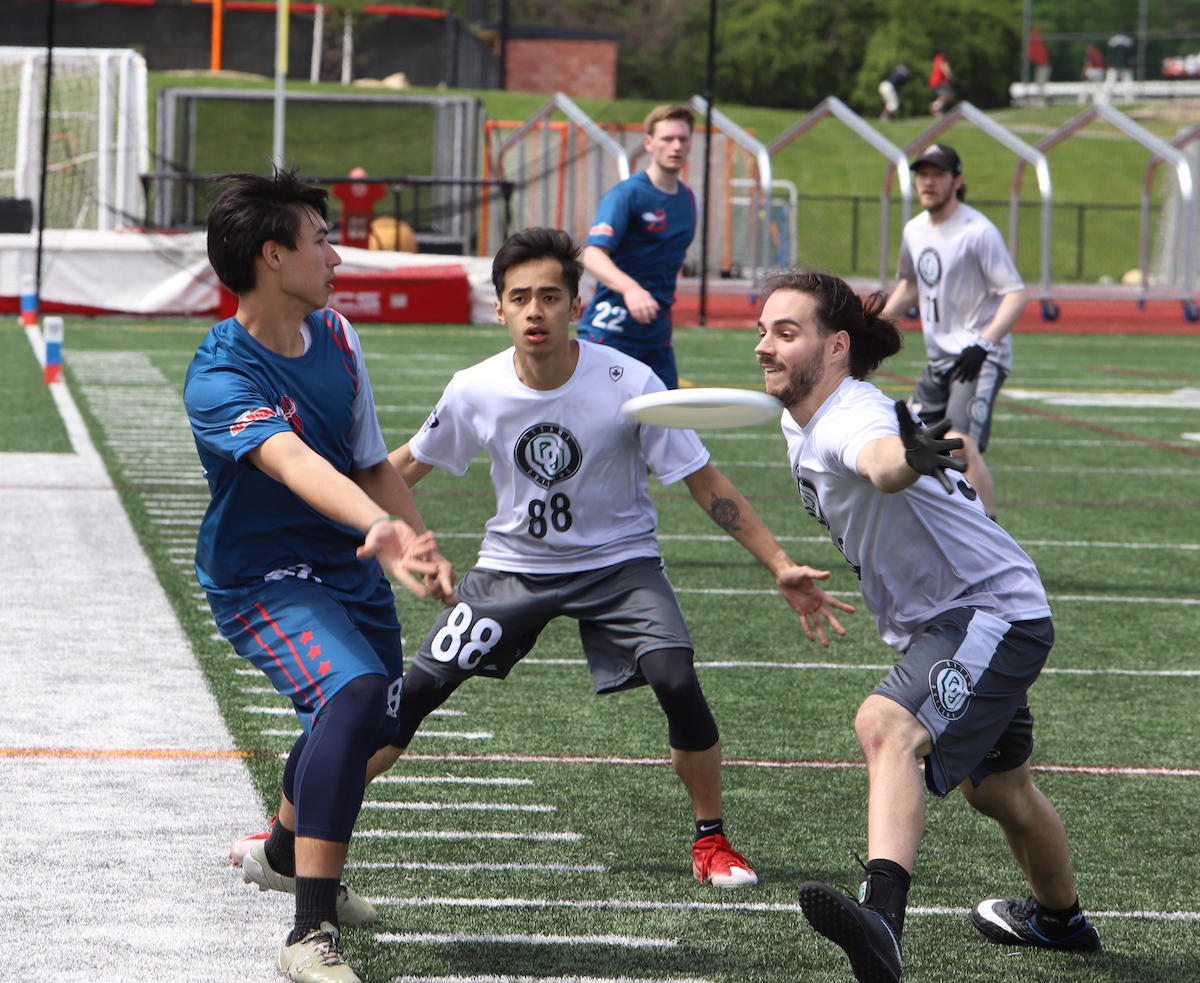 Xavier Maxstadt made his DC Breeze debut Sunday afternoon in the win over the Ottawa Outlaws in the District.

Maxstadt is in his first season with DC after spending time with the Pittsburgh Thunderbirds last season and Raleigh Flyers the previous in 2015 and 2016. His breakout season came with Pittsburgh last season as he accounted for 21 assists and played in 13 games for the Thunderbirds.

On Sunday afternoon, Maxstadt accounted for five assists and a hockey assist against in his first game with DC. He paired up with Matthew “Rowan” McDonnell on four of McDonnell’s team high five goals.

“Xavier can throw it 100 yards, so as a cutter you’re excited,” said McDonnell. “It’s not like he was just throwing them out to space, they were [thrown] where they were needed to be. I think he had five or six perfect hucks.”

Maxstadt had a few full field hucks and McDonnell was on the receiving end of each of them.

“I think being able to put it out to space [is what makes my hucks successful], Rowan and Kyle [Khalifa] are really fast so I can let them make a play,” said Maxstadt. “[Rowan] is a really good communicator, he is superfast. I just can’t say enough about him.”

Maxstadt finished Sunday’s game with a completion percentage of 93.3% as he completed 28 of his passes. He was second in completions for the Breeze behind Nate Prior, who led the team with 33.

“I think the reputation behind [Xavier] is that he can throw, and boy did he show that today,” said Breeze head coach Darryl Stanley. “The touch on his throws was really on point, and he is working hard in practice. I am just excited, if we can get more of that we will start to see more of those weapons [that we have] really build up.”

Houston Parks also made his Breeze debut against the Outlaws Sunday, scoring two goals. An AUDL rookie, Parks only touched the disc twice, both times for scores.