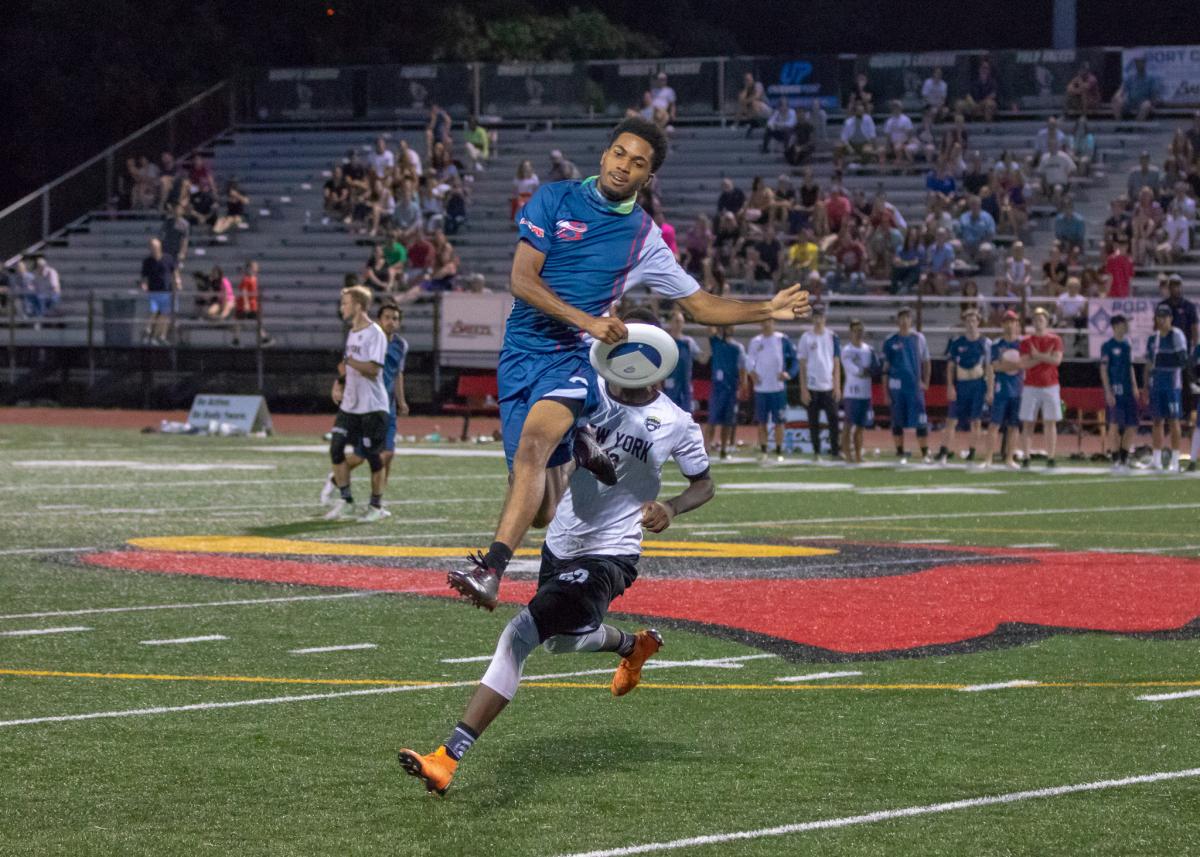 No matter who is missing or which key players are not suited up for the DC Breeze, they keep finding a way. In the final regular season game against the New York Empire on Saturday, DC did just that.

Missing their two top defensive handlers this season, Ryan Swift and Marcus Thaw, the roster had plenty of talent behind them ready to be called up. In some ways they weren’t even needed, because not a single person on the D-line had more than 10 touches.

The Breeze still managed 10 breaks on the evening for a commanding 29-19 victory.

That is a big difference for this team in the second half of the season, as double digit breaks early in the year seemed an improbable feat at best. In their past seven games, DC has gone 6-1 to rise up from fifth place to second in the AUDL East for the third season in a row. The team is in sync heading into the playoffs, especially on defense.

Whether it is the Bergeron brothers, Quinn and Rhys combining for three goals and two assists, all on breaks, or Delrico Johnson (two blocks) and Joe Richards (three blocks) chasing down discs, the D-line has simply gotten it done.

It is no surprise who did manage a lot of touches last weekend. Nate Prior threw 63 attempts, completing 61 of them. Three of his passes were for goals, and he even managed to score one himself. Matthew ‘Rowan’ McDonnell was 47/51, doing what always does this season lighting up the stat sheet. With a game-high seven assists, two shy of a single-game record for DC, McDonnell has put up 47 assists on the season. He also added three goals and a block in the contest.

For the third time in only a few weeks, Christian Boxley led the team in goals with six. This time it was with a lot more action than in previous games, as he touched the disc 25 times in becoming a more integral part of Coach Darryl Stanley’s offensive strategy. Only playing in six regular season games in 2018, the rookie finished with 24 goals, fourth most on the team.

Jonny Malks made his first appearance of the year and only the third of his career, as he came back from a wrist injury that had sidelined him all season. Malks scored four of DC’s goals and added three assists in a back-up O-line handler role – impressive stats for his first game of the season.

As far as perfect games are concerned, Jeff Wodatch led the way going 33-for-33. He was followed by Lloyd Blake (31/31 throws) as the only two to complete all of their passes with 10 or more attempts.