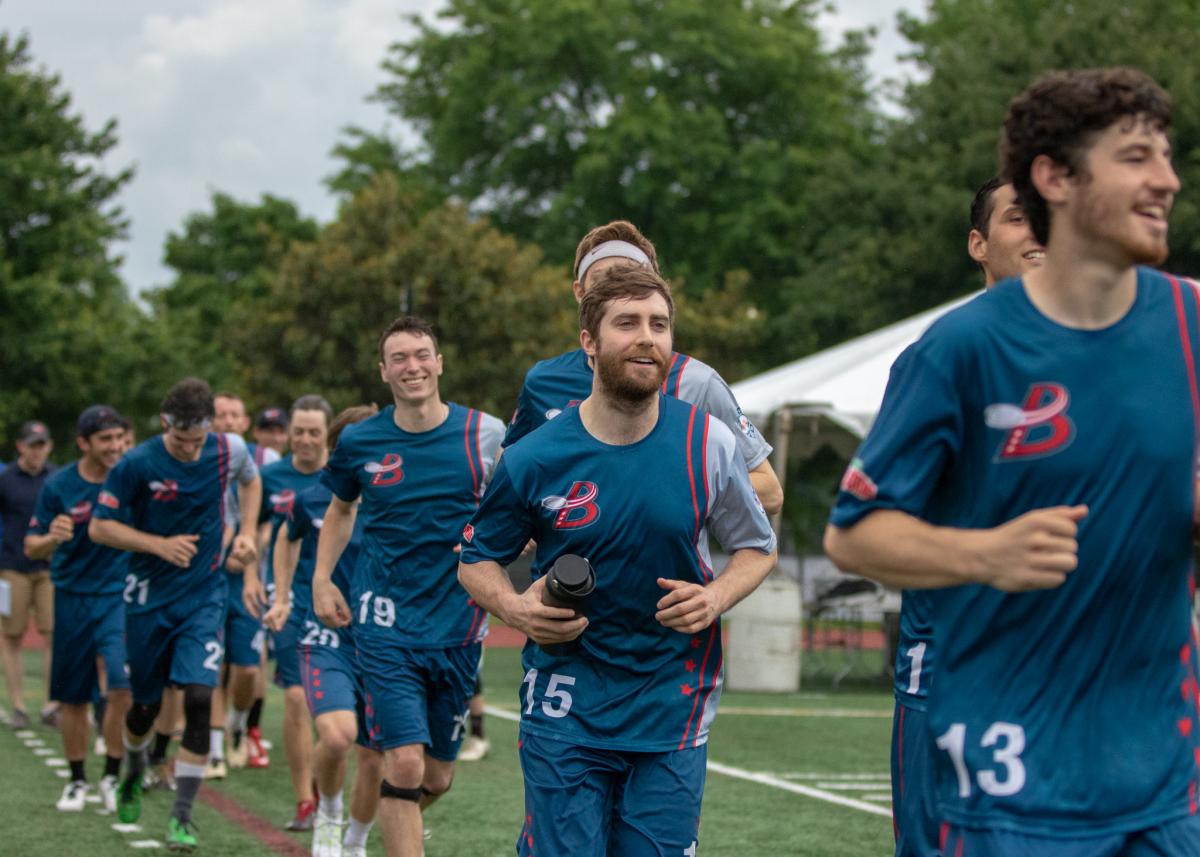 Second halves are when games are won. It is where teams can overcome slow starts, complete late game heroics, and ultimately when a winner is declared.

A second half is also where teams put their opponent away. That is exactly what the DC Breeze (4-4-1) did on Saturday evening, outscoring the Pittsburgh Thunderbirds 11-4 in the final half, en route to a 20-11 cross-division victory.

As with all road games, contests outside of Cardinal Stadium for DC are with a short roster. Missing Matthew ‘Rowan’ McDonnell, Max Cassell, Jeff Wodatch, and Eric Miner alone means they without 38 percent of all the goals the team has scored this season.

While offense was relatively scarce, a -0.37 offensive efficiency, some of the newer guys on the roster were able to shine. Six of the 20 goals were scored by rookies. Leading the charge though was Delrico Johnson (five goals) and Kyle Khalifa (four goals).

For Johnson, all five of his scores were breaks against Pittsburgh (1-8). In total the Breeze tallied 12, more than their O-line goals.

Twice DC was able to put together three breaks in a row. With those two break trains they were able trade a 5-6 deficit to a 15-8 lead. All in all, it was a 10-2 run for the Breeze, their best 12 point stretch on the season. In addition to that run, the D-line brought together 17 blocks in the contest. Second-year player Joe Richards continues to build on a strong sophomore campaign with three blocks.

Even though the offense was on the fritz, Nathan Prior pulled out another outstanding throwing performance. Prior, who started last season completing the first 100+ throws of his career, was able to find his target on all 68 of his passes. That’s right, 68-for-68, and unlike his other stellar performances from 2017, he was able to throw four assists along the way.