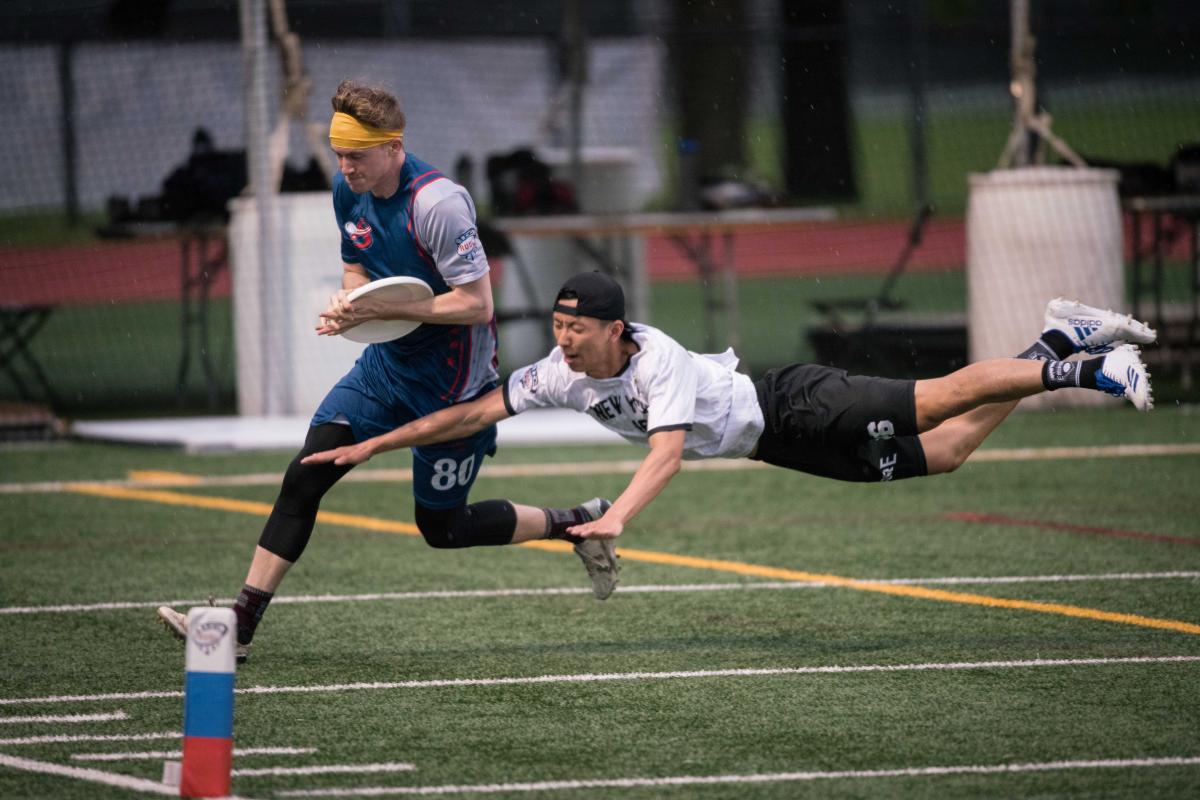 The DC Breeze (3-4-1) rebounded on Saturday by defeating the New York Empire (3-3) 29-21 after losing two straight on the trip to Canada.

Not only did the Breeze come back from two straight losses, but DC also avenged a heartbreaking loss to New York earlier in the season. It is also the first time in nine meetings that the game was decided by more than four goals. In the past six meetings each game was decided by one point apiece, including the buzzer-beating win that the Empire had over DC on May 5.

Former Breeze cutter John Agan was the acting head coach in the win over New York as head coach Darryl Stanley was in Milwaukee, Wisconsin leading the University of Maryland men’s Ultimate team in the College National Championship tournament. Agan played for DC for two seasons, 2016 and 2017, totaling 17 goals and eight assists.

DC never trailed in the game after jumping out to a quick 6-1 lead in the first quarter, stringing together three straight breaks in the process.

“I think having that great start helped our confidence a lot, but to be sure of having the mindset of no matter what happens, if we’re down 5-1 or up 5-1 we will try to play the same way,” said Agan, who is now undefeated as a head coach in the AUDL, at 1-0. “I think we were certainly ready for what the ‘D’ was going to give us and whatever their D-line had open, we were going to take it.”

The Breeze took a commanding 15-8 lead into the halftime break after light rain moved in to the area during the second quarter.

DC and New York traded points back and forth in the third quarter, but DC still managed to maintain a 21-14 lead. The Breeze defense held the edge over the Empire’s in the quarter at two breaks to one as the rain began to pick up, including a 10-minute period of a legitimate downpour.

The fourth quarter was not too different as both teams traded points back and forth once again, each tallying a break apiece as the Breeze maintained their comfortable lead until time ran out on the Empire.

Leading the way for the Breeze was Eric “Astro” Miner, who recorded five goals in the win.

“So my goal was to be a finisher, I just wanted to make sure that my teammates got the disc and I was just finishing the disc and giving them someone to find in the endzone and score,” said Miner.

Agan was impressed by Miner’s performance on the field as well.

“Astro has been on this team for a long time, works really hard and it’s not surprising to see him accumulate a lot of stats. But I think that was reflective of how we were ready for whatever the [New York defense] was giving us,” said Agan.

The Breeze distributed the wealth as 16 different players scored at least a goal apiece. Rhys Bergeron recorded his first AUDL goal and his first two AUDL assists in only his second game with DC.

DC has more ground to make up in the AUDL East division, but they moved up one spot to fourth place with the win and now trail the Toronto Rush (7-0), New York Empire, and Montreal Royal (3-4).

“We said our season is on the line and we have to win every game from here,” said Miner.