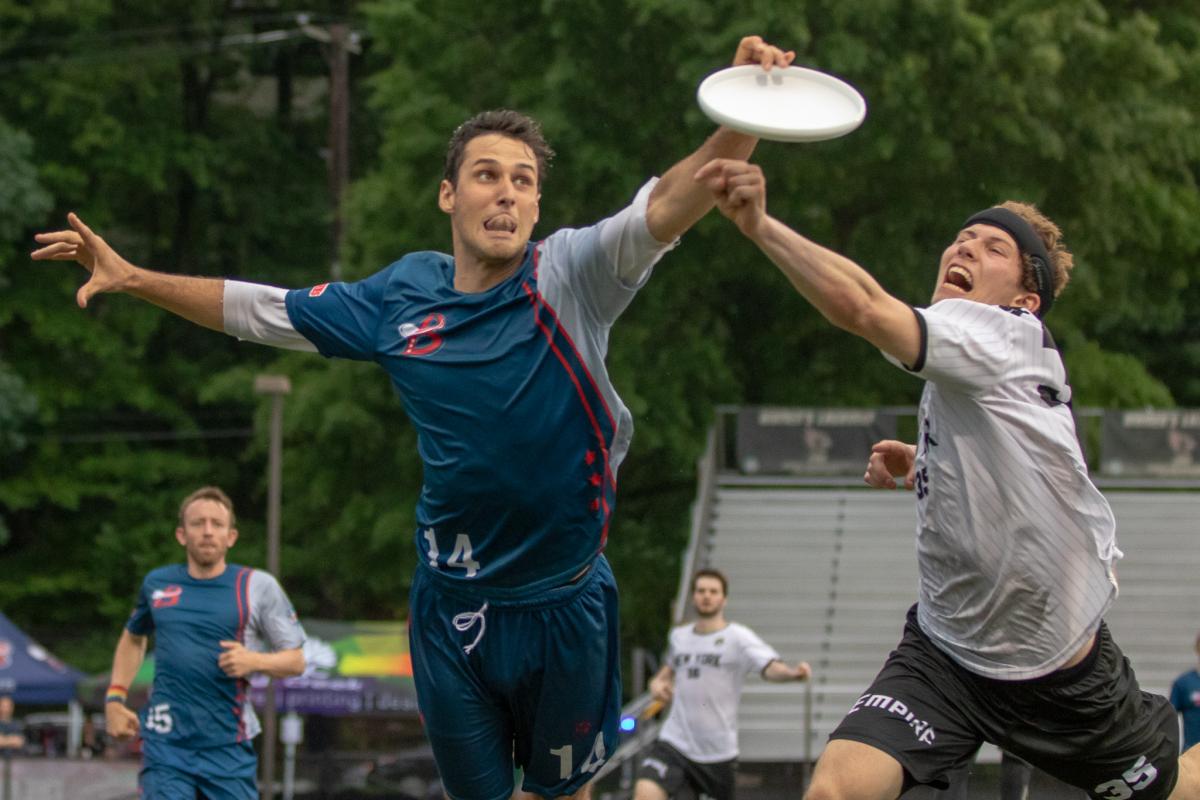 The DC Breeze are one win away from hosting a 2018 AUDL playoff game in the District, but they have to get past their AUDL East rivals the New York Empire.

DC (7-5-1) clinched a playoff spot last weekend after the Montreal Royal and the Philadelphia Phoenix both lost their respective games. The Breeze can clinch the second seed in the AUDL East and a home playoff game July 21 with a win over New York (7-5). If the Breeze lose on Saturday night, they will be on the road in New York for the first round of the playoffs.

If the Empire fall to DC on Saturday, they would need to defeat Philadelphia on Sunday to secure the third seed in the East if Montréal wins at home against the Ottawa Outlaws the same day.

The Breeze and Empire have battled twice this season with the home team winning each game. New York took the first game on a buzzer-beating goal in the Big Apple on the Mexican Holiday, Cinco de Mayo. DC answered with a commanding eight goal victory over the Empire in the District on May 26.

Eric “Astro” Miner led the Breeze to the victory over the Empire with five goals at Cardinal Stadium in the May contest. Miner has 17 goals on the season with three assists.

Miner and the Breeze squad knew what was on the line entering the second matchup against New York. “We said our season is on the line and we have to win every game from here,” Miner said. A total of 16 different players scored at least one goal for DC in the win.

DC is 4-1 since the May 26 victory with the only loss coming to the AUDL East leading Toronto Rush 28-21 in Toronto.

The Breeze control their own destiny, as they can finish second and host a playoff game with a win over the Empire. DC is 5-1 at home this season and have won 19 of their last 20 home games overall, losing only their home opener to the Montréal Royal by two goals on an unseasonably cold evening in early April. Clearly the home field advantage would be crucial for the Breeze and their playoff path this season.