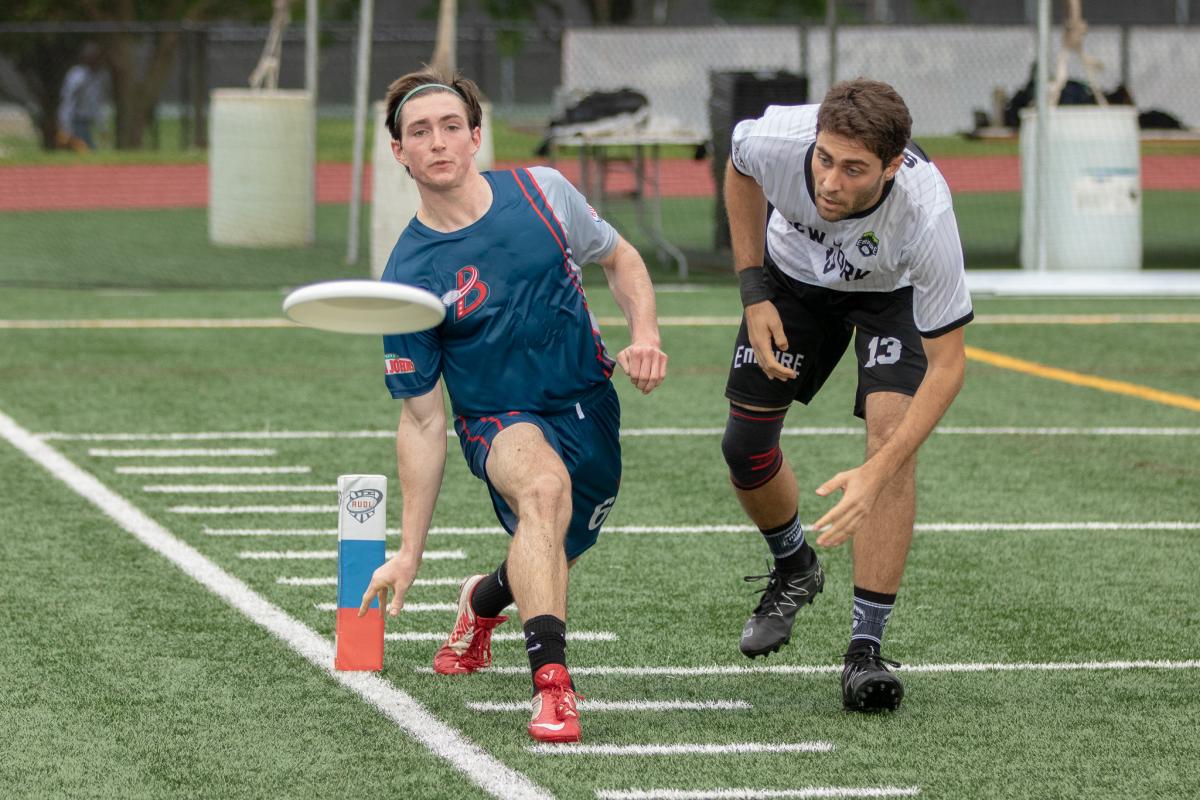 The nation’s capital has often been used as a stopover for some of ultimate’s top athletes.

As much as the Washington D.C. Metropolitan Area is a hot bed for the sport, this is a city built on outsiders. With such a diverse and inclusive ultimate community, there is no wonder that some of the sport’s top stars have taken a liking to this area.

Two current DC Breeze players in particular have made multiple stops in their professional careers. Both were last with the Pittsburgh Thunderbirds. Through the AUDL’s cross-divisional matches earlier this season, both Xavier Maxstadt and Marcus Thaw (pictured) got the rare opportunity to play against their former team from another division.

“Playing an old team, much like seeing an ex, makes you want to show them that you ‘made the right decision.’ For an ex, it's looking good, saying that you've been doing well and having fun, etc. For a former team, it's all about who wins,” Thaw said.

To say the least, Thaw’s and Maxstadt’s ‘ex’ is on the losing end of the breakup. Not only did D.C. get the 20-11 victory in the first ever matchup between the two teams, but it was merely one of Pittsburgh’s 10 losses on the season. In all three of their previous seasons the Thunderbirds have attained nine wins or more and clinched a playoff berth.

At 1-10, Pittsburgh is already a lock to finish with their worst record in franchise history.

“Regardless of their results this season they are all giving maximal effort, which is how it was last year as well,” Maxstadt said. “The Pittsburgh ultimate scene is full of amazing people that I have nothing but great things to say about.”

This reunion of sorts, though, is not something either expected coming into this season. If anything this reunion would have only been possible with both teams making a deep playoff run. After all, 2018 is only the second season for cross-divisional play in the AUDL.

For Maxstadt, one of the few players in the league that has played in three different divisions, DC is his third team in three years. He played two seasons with the Raleigh Flyers and then last year with the Thunderbirds.

Hosting Raleigh earlier in the year and then traveling to Pittsburgh meant that he got to play against both of his former teams.

“Going into both games, I was mostly just really excited to see a lot of my teammates that I haven't seen in a long time,” Maxstadt said. “Seeing old teammates and friends not only in the Thunderbirds game but also in the [DC Mixed vs] Supercell game was awesome.”

For Thaw, there was a similar sentiment. Yes, the rivalry-reunion story is great, but there is so much more than that. The team has changed since he played with Pittsburgh in 2016, but his association to the city has not.

His hometown is just 20 minutes up river from the city. Unlike many other Breeze players that get to experience a home crowd practically every other weekend at Cardinal Stadium, the Breeze’s lone trip west was Thaw’s home game.

“I love playing in front of people I know,” Thaw said. “My parents brought a large crowd of friends to support me and I had old teammates and members of the Pittsburgh community both cheering and heckling me. It's exhilarating to recognize most of the faces in the crowd.”

We can only hope that Maxstadt (4 goals, 22 assists, 3 blocks, 90 percent completions) and Thaw (5 goals, 9 assists, 8 blocks, 93 percent completions) will remain in D.C. for a long while. One thing is certain, though: they will not be the last ultimate stars to make their way through the District of Columbia. And with the anticipation of more cross-divisional games involving the Breeze in upcoming seasons, we expect more players will get a chance to see their ex’s in years to come.