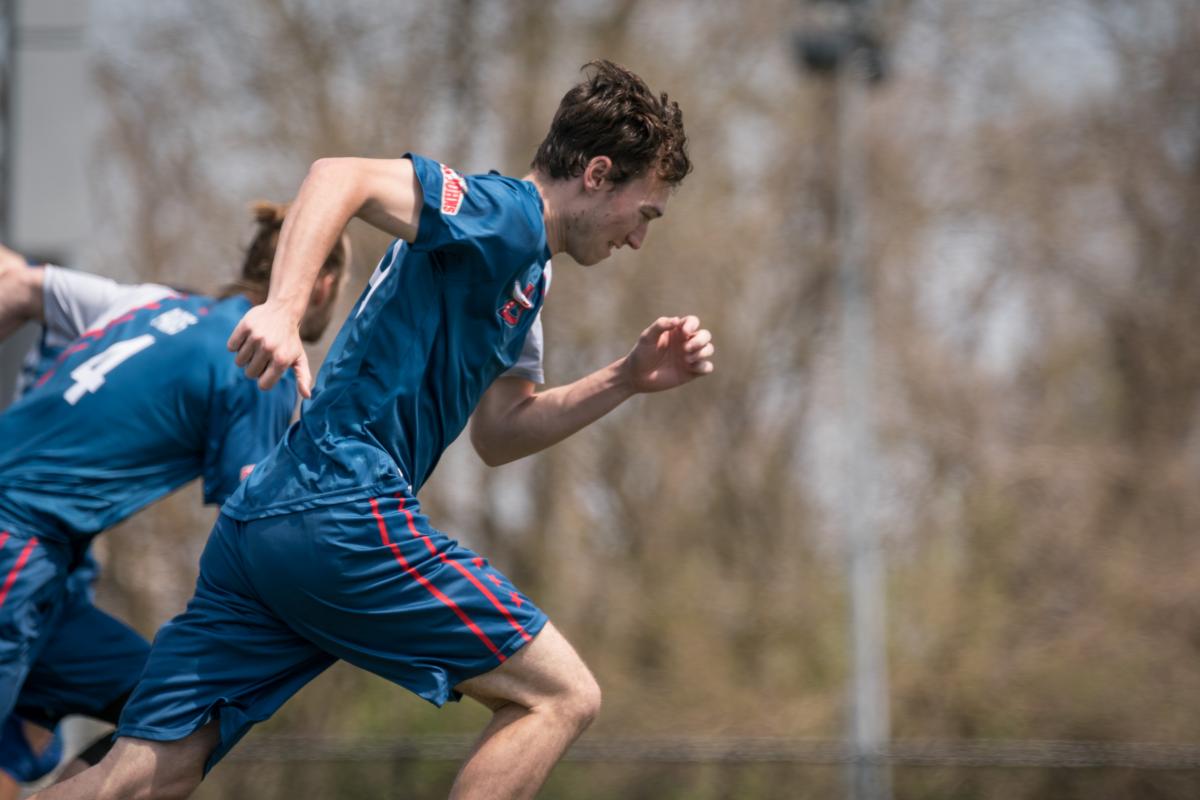 The Division I and Division III College National Championships were held over the last weekends in May with many DC Breeze players participating in the festivities.

This past weekend the Division I teams took the stage in Milwaukee, Wisconsin with Breeze players playing for the University of Maryland, Georgetown University, and the College of William & Mary.

Breeze head coach Darryl Stanley led Maryland in the tournament as the head coach and was assisted by current Breeze player Nate Prior, both missing the Breeze victory over the New York Empire on Memorial Day weekend.

The No. 15 seed Maryland finished 1-3 in pool play, facing Oregon, Wisconsin, Georgia, and fellow Mid-Atlantic opponent Georgetown in Pool B. Maryland lost each of their first two games by one point, falling to Georgia and Wisconsin on the first day.

Maryland found the win column on the second day of the tournament, beating third seeded Oregon 15-11 after losing earlier in the day to Georgetown, 13-11. Breeze rookie Christian Boxley led Catholic Justice with five goals in that game. Boxley finished the tournament with 11 goals, nine assists, and two blocks for Georgetown.

Maryland was led by second-year Breeze player John Walden as he had three goals, 18 assists, and five blocks. Christopher Bernard, who also plays for both Maryland and the Breeze, had six goals, four assists, and three blocks in the tournament. Alex Liu had two goals, two assists, and six blocks for Maryland.

Maryland finished in a tie for 13th in the nation, while Georgetown finished tied for 17th despite their win over Maryland.

Another Breeze player was represented at D-I College Nationals, as Johnny Malks led William and Mary to their first ever bid to the Finals. However, due to Malks’ injury at Regionals, he was unable to play in any games.

The Division III tournament the week prior included a pair of Breeze players in Zach Norrbom and Joe Richards, who both played for Mary Washington. The fourth seeded Mary Washington men finished pool play with a 2-1 record to advance to the championship bracket.

Norrbom finished the tournament with six goals and 15 assists for Mary Washington. Richards had four goals and 17 assists over the weekend tournament.

Additionally at the conclusion of the D-III tournament, Norrbom was named the recipient for the Donovan Award. Similar to the Callahan Award in Division I, the Donovan Award is meant to recognize the ‘player of the year’ on both the men’s and women’s side. We congratulate Zach on this huge honor!