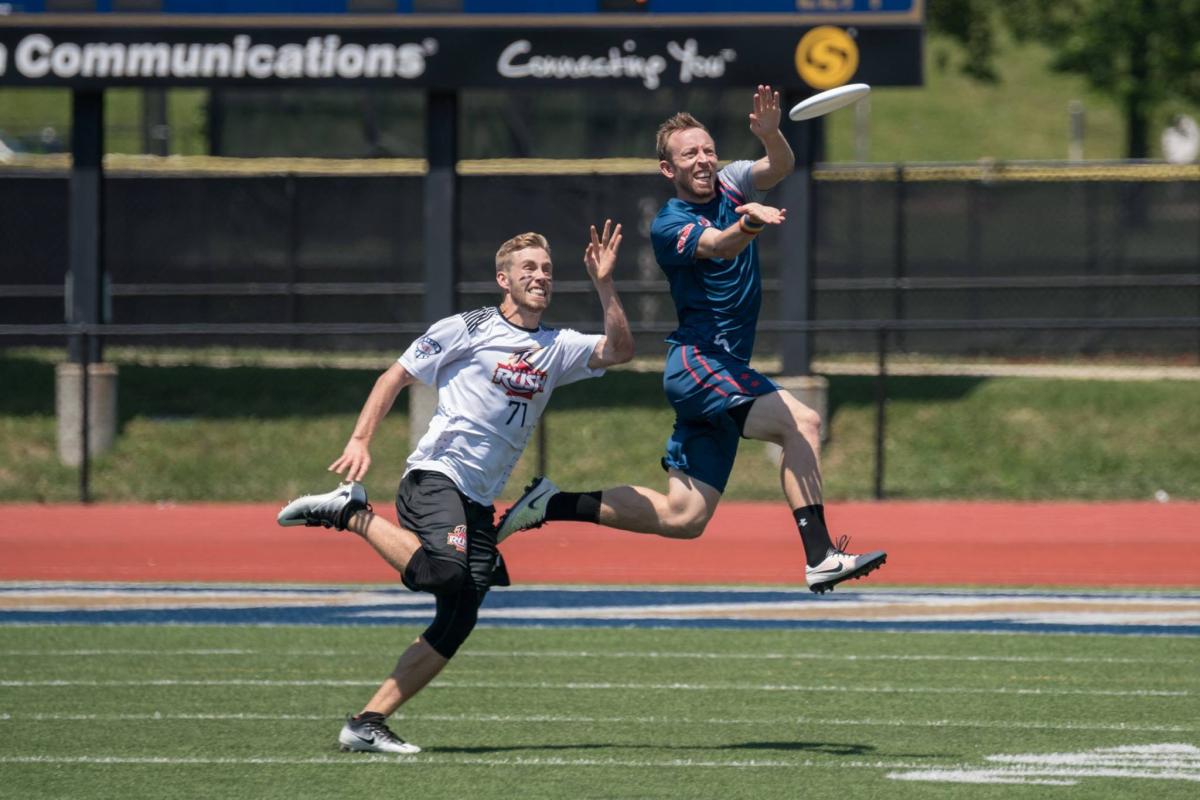 The DC Breeze (4-4-1) welcome the Toronto Rush (8-0) to the District for the first time this season. This contest will be the second meeting between the two AUDL East Division rivals in 2018.

DC fell to Toronto on May 19 in Canada in the first meeting of three regular season meetings, 33-20. The contest was the first of a Canadian doubleheader for the Breeze, in Toronto and Montreal May 19-20.

The Breeze are coming off of a big win in Western Pennsylvania, beating the Pittsburgh Thunderbirds 20-11 last weekend in the first ever match up between those two teams. In the win over the Thunderbirds DC played without leading scorer Matthew “Rowan” McDonnell, who was nursing a sore hamstring, and also Jeff Wodatch, who was unavailable.

Delrico Johnson and Kyle Khalifa stepped up for the Breeze in the contest to score a combined nine goals in the win. Delrico Johnson scored five goals and Khalifa added four for DC. Full Recap and Stats Analysis

Wodatch is once again available and McDonnell is probable for this Saturday’s game, so the Breeze should get these two top scorers back for the rivalry game Saturday at Cardinal Stadium.

The Rush are coming off a 24-20 victory over the Montreal Royal this past weekend. The Toronto win was led by the defense, who recorded 26 blocks in the contest. Cameron Harris had three blocks for Toronto, and the Rush also forced 30 turnovers.

Toronto scored early and often in the win against the Royal as Iain Mackenzie scored five goals for the Rush. The Rush also had a 92% completion rate for the game.

The Breeze will face the Rush again in their next contest, on the road on June 23 in Toronto following a rare bye week. The Breeze currently sit in third place in the AUDL East and the Rush lead the AUDL East Division with their undefeated 8-0 record.

This match up is the AUDL Game of the Week broadcast on Stadium Network.