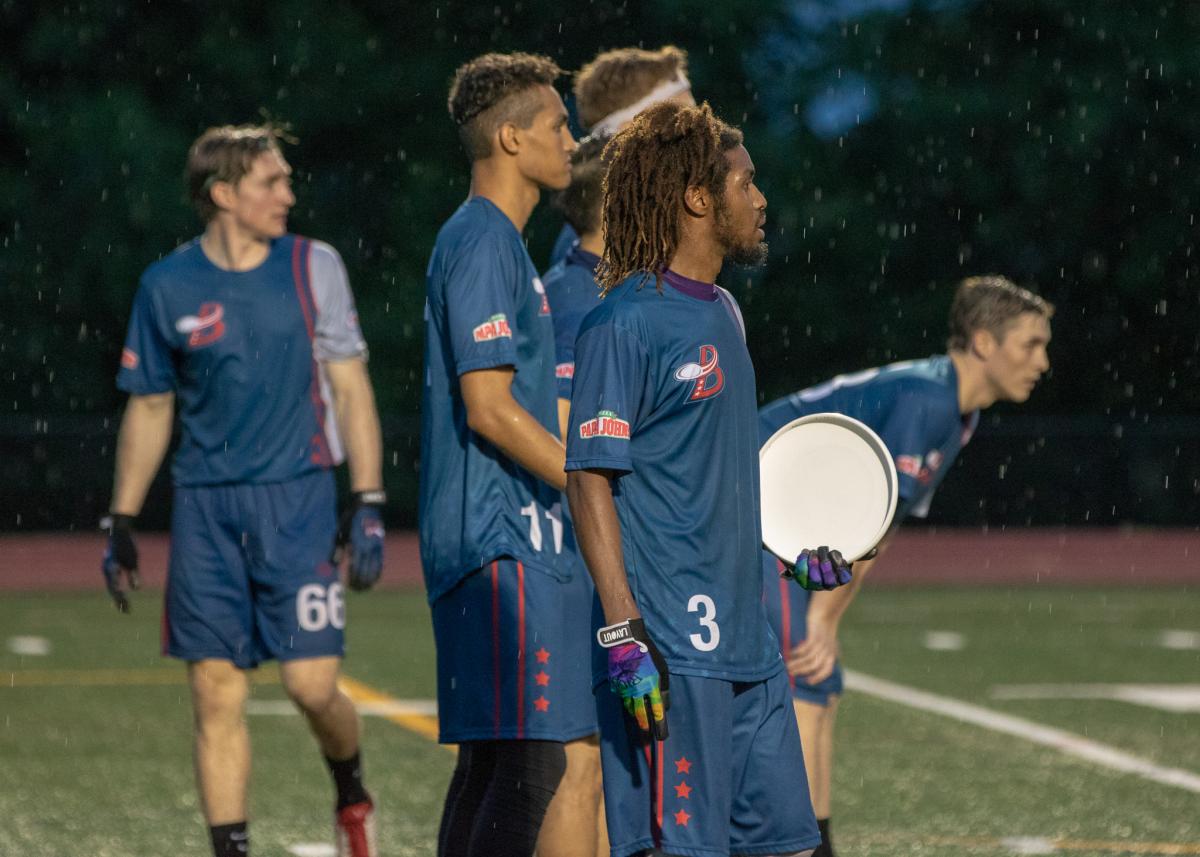 The DC Breeze (3-4-1) will travel to western Pennsylvania for the first time in team history to take on the Pittsburgh Thunderbirds (1-7) Saturday night in the “Steel City.”

DC is looking to string together another win after defeating the New York Empire 29-21 last week in The District. The Breeze moved up one spot in the division with the win and look to catch the Montréal Royal (3-3) in third place with another win.

The attack was balanced last week against New York as 16 different players recorded at least one goal. This differs from the other games this season when Matthew “Rowan” McDonnell averaged roughly five goals a game. Eric “Astro” Miner led the Breeze in scoring last week with his season-best five goals. However, it’s unlikely that either player will suit up Saturday, with Miner not scheduled to make the trip and McDonnell on the list but nursing a sore hamstring.

Defensively the Breeze stood tall against the New York Empire (3-2) as they recorded 11 breaks, including eight in the first half alone. DC will have to apply the same pressure this week to keep alive their hunt for the playoffs.

One storyline to watch this weekend in Pittsburgh is Xavier Maxstadt’s return to Art Rooney field. He played for the Thunderbirds last season, recording two goals, 21 assists, and seven blocks for the Black and Gold.

Pittsburgh enters the game on a seven-game losing streak after beating the Detroit Mechanix (0-7), 17-16 on the opening weekend of the season. Last week, the Thunderbirds fell to the Minnesota Wind Chill 33-21 in Pittsburgh for their seventh straight loss.

Leading Pittsburgh this season is Jimmy Towle, with 29 goals. He has also recorded six assists and nine blocks for the Thunderbirds.

Currently in fifth place in the Midwest Division, the Thunderbirds only have the Mechanix trailing them in the standings.

On Sunday afternoon, the Pittsburgh Supercell will host the DC mixed team in a professional mixed game. The DC mixed team consists of 10 current Breeze players and 10 standout female ultimate players that will play together in the first DC mixed game of the season. Headlining the Breeze players on the mixed roster are McDonnell, Maxstadt, Delrico Johnson, and Brad Scott.